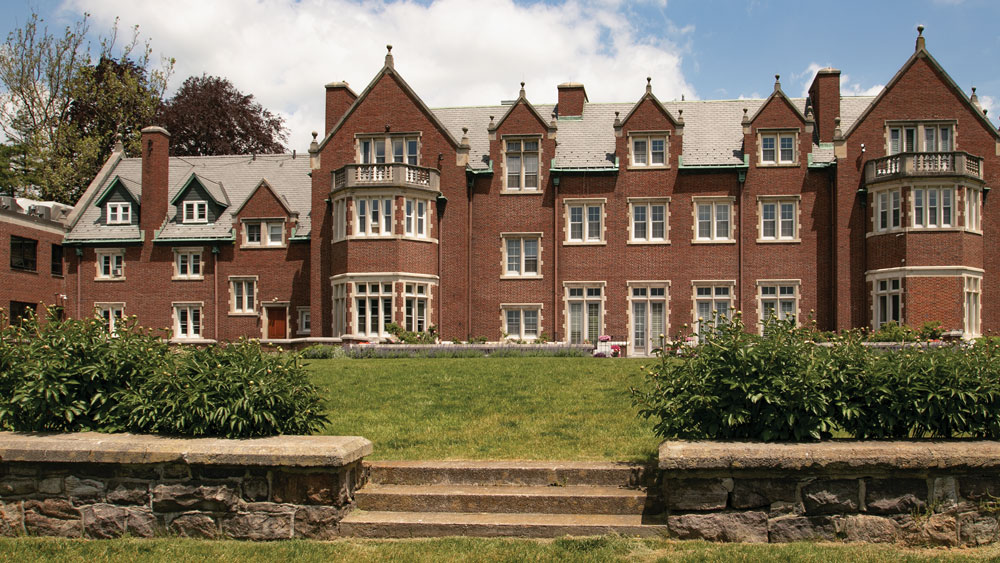 Rutherfurd Hall is typical of the American Country House Movement in the early 1900s, when the wealthy built great estates in places like Newport, RI, the Upper Hudson River, and parts of New Jersey, like Allamuchy, in Warren County. The Rutherfurd family has occupied what is now Allamuchy and Green Townships (spanning both Warren and Sussex Counties) for hundreds of years, since 1758, when Walter Rutherfurd married Catherine Alexander and joined in ownership of this portion of her family’s extensive properties. Passed from generation to generation, the family holdings were greatly expanded at the end of the nineteenth century by John Stuyvesant Rutherfurd (who changed his name to Rutherfurd Stuyvesant in order to qualify for a wealthy uncle’s inheritance) and his youngest brother, Winthrop Chanler Rutherfurd. While John embarked on a major expansion at Tranquillity Farms, increasing the ancestral estate to five thousand acres and tripling the original 1763 house in size to what became known as the Stuyvesant Mansion, Winthrop (1862-1944) built the home known by the family as the “Big House”, identified by the rest of us as Rutherfurd Hall. Famed architect Whitney Warren designed the eighteen thousand square foot Tudor country house, with thirty-eight rooms, in 1902. Rutherfurd Hall’s brick exterior, and its interior woodwork, fireplaces, ceilings, and original furnishings, echo the English Tudor period, the cultural era to which the Rutherfurd family traces its lineage.
When Margaret Stuyvesant Rutherfurd, mother of five children, died in her late twenties, Winthrop remarried Lucy Mercer Rutherfurd. Loved and lauded by the family for her free and generous spirit, Lucy has gained celebrity in recent years from a number of books written about her lifelong relationship with Franklin Delano Roosevelt, who visited her at Rutherfurd Hall after Winthrop’s death in the 1930s.
Lucy’s story is but one of hundreds of tales that unfold inside and out at Rutherfurd Hall as it advances its interpretation plans and exhibits. This quintessential country estate is well-preserved, cared for by the Congregation of the Daughters of Divine Charity who lived there since it was given to them by the Rutherfurd family the 1950s, and has achieved State and National Historic Landmark Designation. The Order sold the property in 2008 to the Allamuchy Township Board of Education, shifting the estate from private to public ownership. An infirmary that was added by the nuns in 1959 has been adapted as a public elementary school, while the mansion, behind and adjacent, serves as a museum and educational facility that focuses on relating the history from 1902 to 1930.
As venue for arts classes, lectures concerts, fairs and festivals Rutherfurd Hall is well on the way to achieving self-sufficiency. It is an enterprise that protects and preserves its historical, cultural, and architectural integrity; all while providing educational and enrichment opportunities for the residents of Allamuchy and surrounding communities. 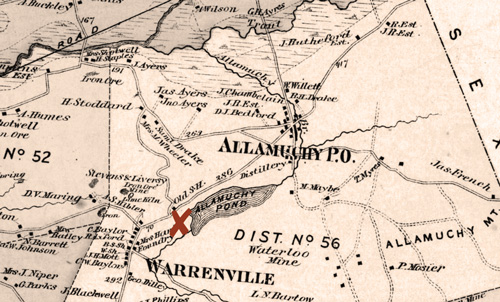