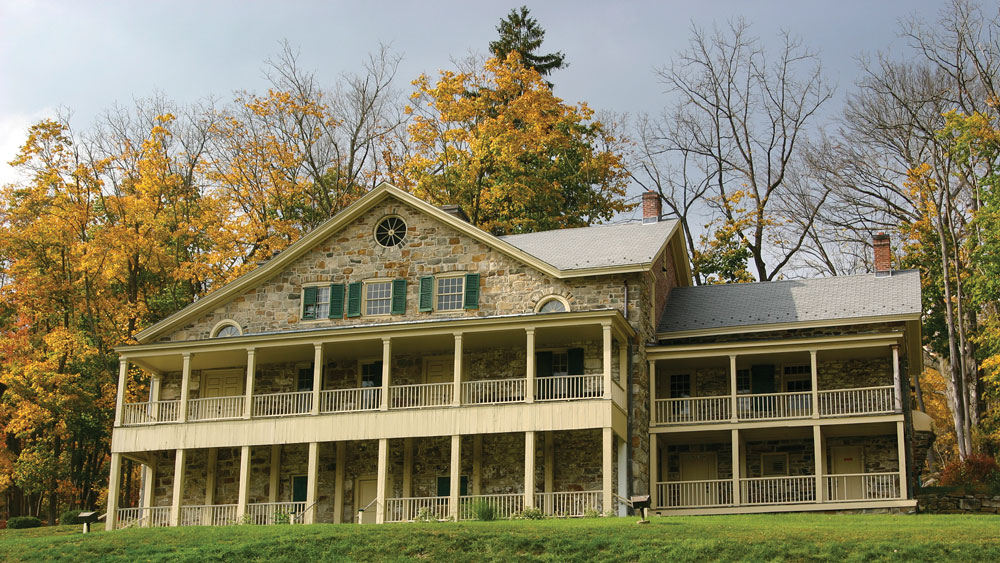 Located on a terraced hill overlooking the village of Oxford Furnace, Shippen Manor was built as the iron master’s residence in c. 1754 on the four-thousand-acre estate of Dr. William Shippen, Sr. and his brother, Joseph Shippen, Jr.. The brothers owned the nearby Oxford Furnace with partner and iron master Jonathan Robeson. All three men were from prominent Philadelphia families. The Georgian-style stone mansion is where the Shippens stayed when they visited their investment.
Oxford Furnace and the surrounding historical district are listed on the State and National Registers of Historic Places. Built in 1741, it was the third furnace in Colonial New Jersey and the first where iron ore was mined.
During their tenure as owners, the Shippens provided the furnace workers, many of them indentured Scots-Irish servants, with shelter and food for the nine months of operation during the year. The large basement kitchen at the Manor fed the workers. By the time of the Revolutionary War, the operation at the Furnace was large enough to support on-site workers who lived in small log cabins built on the property.
Dr. William Shippen, who eventually became the estate’s sole owner, was also a member of the Continental Congress and counted among his worthy patients Benjamin Franklin, John Hancock, George Washington, and Generals Gage, Howe, and Lafayette. His son, Joseph William Shippen, ran the furnace property for ten years until his death in 1795. Dr. Shippen Sr.’s other children, William Jr. and Susan, became the owners of the property when their father passed away in 1801.
Following the Shippens’ tenure, a long and complex series of owners and renters took control of the furnace property and manor. Most notably, William Henry III introduced the first “hot blast” in 1835, an innovation that cut production time by sending pre-heated air into the furnace. The furnace passed into the hands of three prominent brothers in the 1840s: Charles, George, and Selden Scranton, for whom the Pennsylvania city is named. Iron furnaces were changing to the use of coal as fuel (rather than charcoal), and the brothers invested in railroads. Thus, the furnace never lacked for anthracite coal from the mines of Pennsylvania.
The Oxford Furnace, having suffered from structural damage, was “blasted out” for the final time in 1884, rendering it inoperable. Furnace #2, located nearby, was constructed in 1866, operated until 1921 and razed after standing abandoned for over fifty years. The original Oxford Furnace stack and engine house were stabilized and restored in 2001.
In 1935 the Warren Foundry & Pipe Co. donated the furnace to the State of New Jersey, which in turn transferred the furnace, as well as the manor, to Warren County in 1984. After duty as the Fowler boarding house, then a private residence, the Shippen Manor Museum opened to the public following an extensive restoration in 1995 and is furnished with colonial and Victorian-era furnishings. Costumed docents lead tours, military reenactment groups set up camp on the lawn, and local historians tell the story of life during the 18th through 20th centuries. For many years, the property has hosted a popular series of free summer outdoor concerts on Sundays. 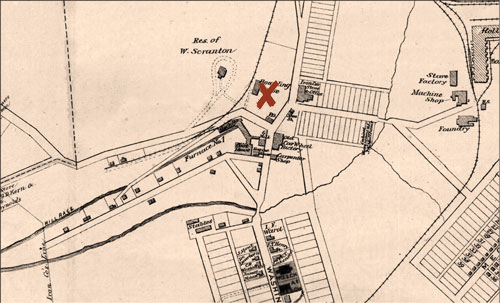