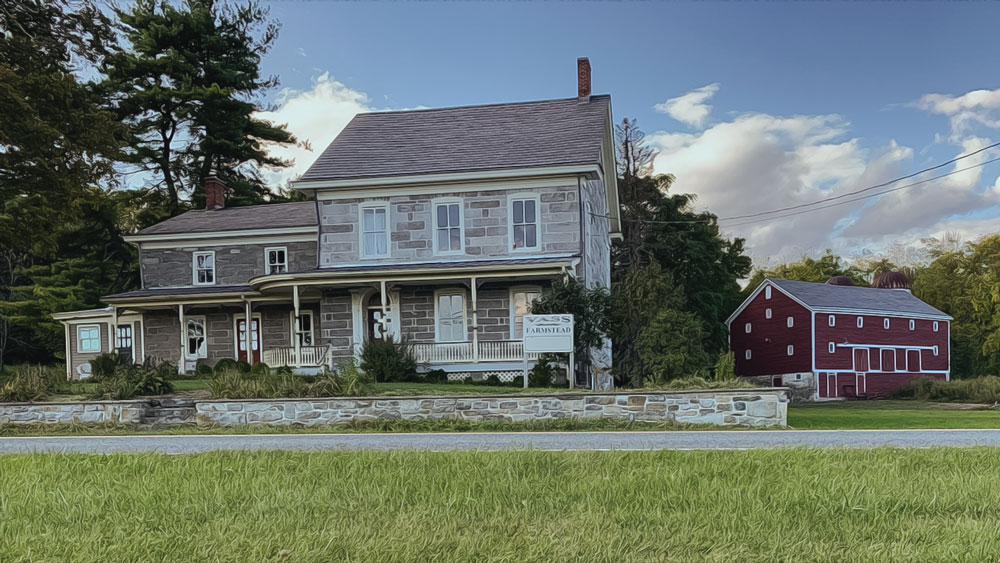 White Lake, which lies in the Hardwick area of northern Warren County, is enjoyed immensely by fishermen and outdoor enthusiasts. Beyond the crystal-clear water and enchanting scenery, there is a story worth knowing.
One of Hardwick’s early settlers was John Vass, who was born (tradition tells us) at sea, during his parent’s immigration voyage from Germany in 1764. Vass started life in Philadelphia but was, as a youth, indentured to a Hardwick citizen. By 1802, the thirty-eight-year-old immigrant farmer’s family consisted of his third wife, Hannah, and many children, some from previous marriages. Vass purchased a large farm of 550 acres with a beautiful, natural lake to its front and built a log cabin for the large family. Young wife Hannah passed away in 1804, and a year later, John married Margaretta Flock who produced six more children, including son, Isaac.
In 1812, Vass built a two-story cut stone house with four large fireplaces, a dining room, side hallway with a simple but elegant stairway and a double parlor. There were two large bedrooms, a large birthing room or storage closet on the second floor. An addition was added to the main block containing a dining room-kitchen and after that the roof on this addition was raised to provide more sleeping space. The main rooms were large with high ceilings designed for comfortable and spacious living. The structure still stands, a fine example of an 18th century Warren County farmhouse.
John Vass was able to purchase six other farms where he placed each one of six sons to work. Upon his death he willed each farm to the son who was situated on it, and it was Isaac who acquired the original farmstead in 1852. It was during Isaac’s ownership that the Knickerbocher Ice Company of Pennsylvania bought a small piece of property on White Pond’s south shore on which they erected a formidable ice warehouse that would hold 20,000 tons of ice. The owners of the ice mill also processed marl, the white mineral product in the form of shells located on the bottom of the lake. The lime-rich sediment was originally used as fertilizer and soon became a vital additive to the manufacture of cement.
The farmstead remained under Vass family ownership for over 150 years, finally passing to dairy farmer, George Ripper, in 1922, then a succession of owners who used the property for various purposes. By the mid 1990s the house and barns, vacant for years, and had fallen into a state of extensive disrepair. Vandalism, age and neglect had all taken a severe toll upon the once proud homestead.
The farm acreage and declining buildings were sold again in 1997. Ridge and Valley Conservancy, Warren County Freeholders, New Jersey Green Acres and several foundations pooled resources to acquire the property, deeding ownership to the Conservancy and the State of New Jersey. Much of the site is under the control and supervision of the State Division of Fish and Wildlife. The Vass Homestead was entered into the National Register of Historic Place, as well as the New Jersey Register of Historic Places, in 1999. The Hardwick Township Historical Society has acquired a number of preservation grants in order to stabilize and preserve the house and barn. The Warren County Freeholders utilize White Lake for passive recreational pursuits and continue to partner with the Hardwick Township Historical Society in the preservation of the farmstead structures. 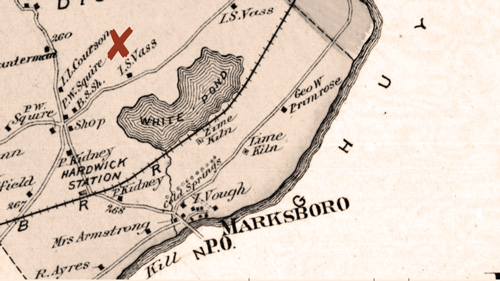